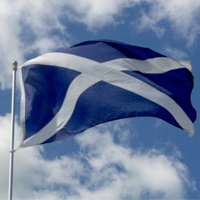 As the Scottish public said no to the chance of becoming an independent country with the ‘No’ campaign claiming 55 per cent of the vote, a range of industry insiders have commented on the fall-out for investors and savers:

Mark Dampier, Head of Investment Research, Hargreaves Lansdown commented: “From an investor’s perspective, it is a relief to resolve this uncertainty and the markets look to react accordingly. Investors can continue to manage their savings, investments and pensions just as they did before the referendum. The UK remains one of the most stable countries in the world in which to invest and conduct business.”

“As a rule, investors should not make knee jerk reactions to these sorts of matters. Companies have a tendency to survive whatever politicians and economics throw at them, just look at Europe as an example. Big falls and rises are often come close together and investors on the side-lines risk missing out.”

“In the longer term there may be changes to investment rules and practices following further devolution but for now, the party conferences and the forthcoming general election will be the main focus of attention.”

Tom McPhail, also from Hargreaves Lansdown, added: “Expect to see bold and eye-catching policy announcements around tax and social justice. Investors who have the means to take advantage of tax breaks on pensions should make the most of them while they can.

In the longer term we expect devolution of powers from Westminster to Scotland (and potentially other regions too). This could lead to regional tax powers – Scotland already has limited powers to vary income tax - which could in turn impact on pensions and other savings plans, however we wouldn’t expect to see any change this side of the general election.”

European Economist from Schroders, Azad Zangana, commented: "After months of intense campaigning, great uncertainty and volatility in markets, Scotland has voted not to leave the United Kingdom. With an enormous projected turnout of 84.5%, there was a larger gap than signalled by voting intention polls.”

"The news will come as a relief for investors and financial markets, reflected by an early morning bounce in GBP versus EUR and USD. Indeed, sterling has risen from 1.62 against the US dollar at the start of the week to a peak of 1.65 this morning. The prospects of months of messy negotiations, uncertainty over the division of national assets and debt, and the currency arrangements of an independent Scotland had been weighing on the confidence of investors over the past few weeks, especially as polls had tightened.”

Kay Ingram, divisional director of individual savings and investments at financial planners LEBC said: “The No vote is effectively the status quo. While there may be further negotiations around further devolution to all parts of the UK, it will be business as usual for markets and investors who are usually looking at longer term returns anyway should not feel the need to change their longer term strategy.

“Hopefully, all sides will accept the democratic choice and work together with each other and the rest of the UK to build a sustainable and well regulated economy both North and South of the border.”

A representative of Tisa – the Tax Incentivised Savings Association -said: “The Scottish people have chosen to stay in the United Kingdom which means that the millions of people with ISAs and pensions and other savings with financial services companies both sides of the border now no longer need to be concerned about the security of their investments. “

Commenting on the implications for the property market, Ran Morgan, Head of Knight Frank Scotland, said: “The certainty provided by a ‘No’ vote will allow the property market to return to more normal trading conditions. The fundamentals are in place to ensure a full recovery, led by the key cities of Edinburgh, Aberdeen, Glasgow and rural counties within commuting distance of large employment hubs. Improving economic activity levels in the UK, better consumer sentiment and higher bank lending will all help to kick-start the market.”

“We expect we will be very busy in the coming months as vendors and buyers, many of whom have put off making a decision to buy or sell a property in Scotland due to the referendum, return to the market. This will lead to an increase in the number of transactions at all levels of the market.  We believe that the outlook for the prime property market in Scotland is positive. Our forecast is that prime values will rise by 3% by the end of this year and by a further 3-6% in 2015.”